Oceanografic and La Ciudad de Los Artes y Los Ciencias are definitely some of the most futuristic buildings I’ve ever seen and I’m still amazed by them 2 years later. As I had been to both of them before when I did the course I decided I would spend this day with my parents to do a bit of shopping and relaxing. I also went to the opera house with them which is another remarkable building designed by the same architect as the other two buildings.

The students met up at around 10 am to go to the aquarium where they saw many different marine animals, including penguins, whales and a dolphin show. From what they told me, they had a really good time and saw some incredible sealife.

After a few hours there, they headed to La Ciudad de Los Artes y Las Ciencias, which is very close by to Oceanografic. It’s an interactive science museum with lots of different models and experiments that you can try out. They spent the afternoon here and afterwards they headed to a theme park for a while with other students,  before heading back to the host families. 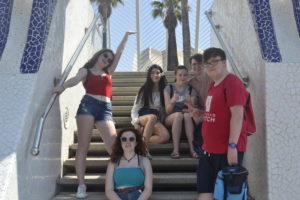 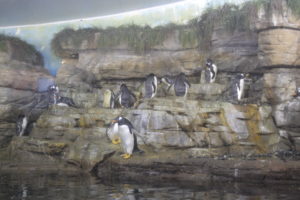 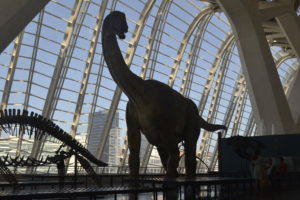